Demonbane is a VN that sounds amazing on paper (giant robots + H.P. Lovecraft) but sadly ends up being a largely mediocre and occasionally outright sleep-inducing experience. Which is a crying shame because not only am I a fan of Lovecraft’s horror stories but I do also enjoy me a hot-blooded, buttfuck-stupid-but-still-awesome testosterone carnival from time to time, so this sounded like something right up my alley. The problem, however, is that Demonbane’s Lovecraftian influences are surface-level at best, its plot is riddled with stale clichés and predictable elements, and its supposedly Boiling Hot Chuuni Action is colder than a penguin’s butthole. But at least it has a few nice characters, some serviceable comedy, and a total of one satisfying ending. Now, whether or not that’s enough to justify the massive time investment required to finish all three routes… is something I’ll come back to at the end of this review.

Spoilers: the answer will probably not surprise you.

END_OF_DOCUMENT_TOKEN_TO_BE_REPLACED 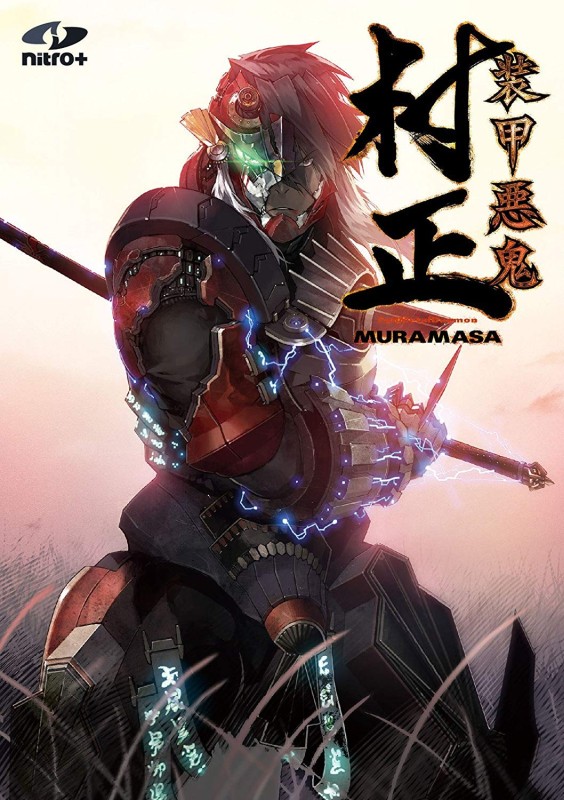 Soukou Akki Muramasa, also known as Full Metal Daemon Muramasa, has a bit of a reputation in the eroge scene. Written by Narahara Ittetsu (Hanachirasu) and developed/published by Nitroplus, Muramasa is considered by many to be one of the greatest greats of its genre, a work that stands as a shining example of complex, meaningful storytelling through the medium of visual novels. It’s a game that tackles powerful themes and proceeds to explore them in breathtaking detail with the help of a large cast of multifaceted characters; Narahara’s tale is one of politics and warfare, justice and vengeance, sin and penitence – and it’s the kind of eye-opener everyone needs to experience at least once.

This is a work that excites me and ignites my passion in ways few other things can, and if I’m able to convey at least a tiny fraction of that excitement through this post, I will have succeeded in what I set out to do.

END_OF_DOCUMENT_TOKEN_TO_BE_REPLACED

Remember how Makimoto wasn’t actually given her own route in the main VN despite the fact you could almost see the words “potential heroine candidate” painted on her forehead? Well, these two light novels fix that, and do so in a… decent enough way. Which is what Jingai has always been, I suppose: decent enough.

END_OF_DOCUMENT_TOKEN_TO_BE_REPLACED

I think it’s safe to say that Jingai Makyou is one of Nitroplus’ lesser known, or at least less often talked about, visual novels. I mean, there’s the fact that it doesn’t have an English translation, but even putting that aside, it’s not really the first game you’ll think about when you hear the word Nitroplus. And probably not the second or third, either. Most people will mention their Muramasas and their Sayas and maybe even their Demonbanes, but this one rarely ever seems to get much recognition other than a quick “oh yeah, that VN is a thing that exists I guess, now let’s get back to discussing why Saya taking it up the ass is central to the plot”. Anyway, Jingai’s apparent lack of presence in the general VN consciousness was actually one of the main reasons that pushed me to finally read it. That, and the artwork. And the soundtrack. And Ignis. Yeah.

END_OF_DOCUMENT_TOKEN_TO_BE_REPLACED

To be perfectly honest, as someone whose favorite VN is Narahara Ittetsu’s Soukou Akki Muramasa, I really should’ve read this game sooner, considering it’s by the same author. Maybe a part of me dismissed it as potentially inferior, expecting it to even be disappointing on a certain level. Luckily, disappointing it was not — painfully short though it may be, Hanachirasu is Narahara’s work through and through; the same heart beating beneath a slightly different shell.

END_OF_DOCUMENT_TOKEN_TO_BE_REPLACED

Well, stopping Gekkou no Carnevale to play this instead was a fairly solid life decision in retrospect, let me tell you. Primarily because this VN didn’t make me want to kill myself. I mean, I wouldn’t necessarily call Tokyo Necro a total masterpiece, mind you, but it was good-ish. Above average, at the very least. If you were expecting the next Nitro kamige after Muramasa, it’s not quite that, but it’s a game I can look back upon and say “well, y’know, that was fun, you guys. I don’t regret reading that. Not at all.”

END_OF_DOCUMENT_TOKEN_TO_BE_REPLACED

Note: Shokuzai-hen is basically kind of a sequel to Muramasa that takes place after the true ending. In other words, if you haven’t played the original VN, don’t read this review unless you want to be spoiled on a bunch of things.

Well, this certainly came as a surprise, in more ways than one. Partly because holy shit, Muramasa is back, and also because this particular spinoff story on offer is actually… pretty good! I’d say I enjoyed it more than most of the other Muramasa-related works, including Janen-hen. The story itself (before you get *too* excited) wasn’t written by Narahara Ittetsu, Muramasa’s original author. No, it was actually penned by a fan for a contest held by Nitroplus a couple years back. And it won the grand prize (so that should tell you something about its quality, at least), which was that Nitro would actually turn it into a VN. Well, they sure took their sweet time with it, but hey, whatever. It’s here. It’s good. It’s free. All is forgiven.

END_OF_DOCUMENT_TOKEN_TO_BE_REPLACED

Stay up to date